The Revolution Is Never Coming (Album)

by The Red Paintings 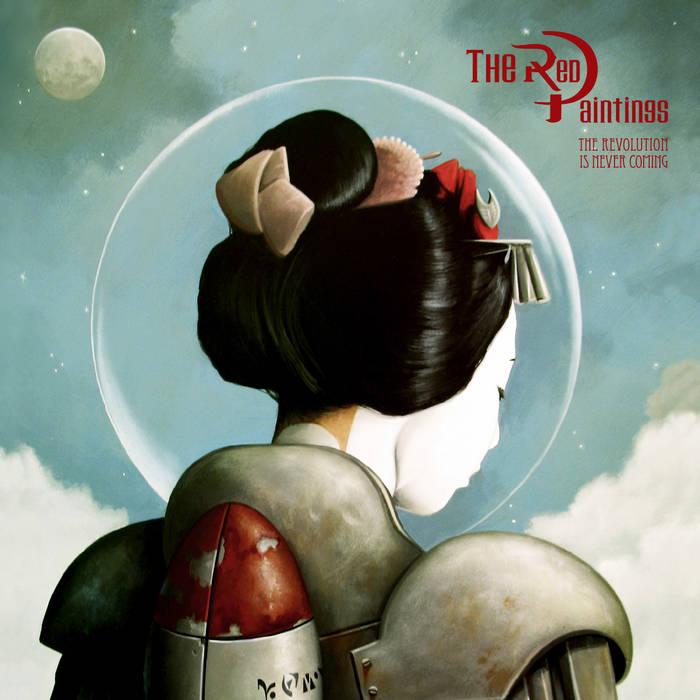 Michael Mueller There's no such thing as gradation within the concept of uniqueness, but when it comes to albums like this, there really ought to be.

This is brilliantly bonkers.

A passionate hyper-blend of the Pumpkins, Muse, NIN and rock-opera, this is one man's vision brought lovingly to life over 5 years, with scores of musicians and absurd amounts of crowd-funded money.

Beyond that, it's almost indescribable.

This is the ultimate buried treasure. I feel blessed to have it on vinyl. Favorite track: Wasps.

TONY ZAGORAIOS WHAT AN ALBUM? Im searching the last hours to put a label on that masterpiece and its not efficient. Multiple musical influences and a great variety on styles and vocal approaches. This is a record that is not easy to describe..you need some serious amount of time to understand its beauty!! Favorite track: Dead Children.

Judy Humphries Intricate, lavish art-punk masterpiece; the studio album is a splendid performance in its own right and yields new treasures with every listen. Prepare to be deposited firmly outside your comfort zone; throw away the key. Favorite track: Dead Adults.

Brian Franklin A phenomenal album that left me pretty speechless when I first heard it. Unbelievable arrangements, lyrics and direction. Eager for their next album! Favorite track: You're Not One Of Them.

Andrew Gammage What a journey, artistic and fresh with a gothic feel and maybe even a steampunk vibe. Worth a listen if you like to get comfortable outside your comfort zone... Favorite track: Streets Fell Into My Window.

The Red Paintings' highly anticipated debut studio album. 13 tracks recorded over 8 studios around the world, includes a 35 piece orchestra, choirs, french horns, harps, theremins and more...This is the album we have waited too long to feel. To be released across the world in multiple packaging options in 2014.

To purchase in all formats and order bands new album had to offical TRP merch store at www.theredpainitings.com

The Red Paintings are a five-piece group (guitar, violin, cello, bass and drums) whose sound evokes everything from child- like lullabies of the future, to tearing, biting, alternative-rock numbers. Their appeal reaches baroque-pop steam-punks, metal-heads, indie-rock fanatics, and beyond.They incorporate multimedia performance art and seek submissions from local painters who join the band on stage ... more

Bandcamp Daily  your guide to the world of Bandcamp